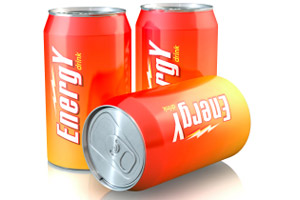 Walk through grocery and convenience stores and you'll see a dizzying array of energy drinks. In fact, energy drinks have become a billion-dollar industry in North America as a quick "pick-me-up," and many make other unsubstantiated health promises.

These drinks may seem harmless; after all, you can buy them almost anywhere. However, recent reports indicate a dramatic increase in serious health issues as a direct result of energy drink usage.

Here are 5 reasons to be cautious:

Facts to note if you consume energy drinks:

We value your feedback! If you have questions, comments or suggestions about SanDiegoWellness.com or any of the information posted here, please submit them on our contact us page.

The information provided at SanDiegoWellness.com is for educational purposes and should not be used to diagnose or treat any illness or disease. For specific health concerns, please consult with a physician or your health care provider. SanDiegoWellness.com is a commercial site, not associated with any local, state or federal agency, medical practice or university. Please see our Privacy Policy and Terms of Use. ©  SanDiegoWellness.com
Article originally appeared at https://www.sandiegowellness.com/risks-of-sports-energy-drinks.php